Whenever I see a system running proprietary Operating System, I start my long speech about the goodness of freedom and advantage of using GNU/Linux against the proprietary Operating Systems. One observable point here is none have ever disagreed with the philosophy of GNU/Linux. Everyone is overwhelmed with the advantages of using a GNU/Linux system.
But after some days when I observe the same crowd, I found them still using the Proprietary Operating system. This happened many times, so it is understood that there is a strong reason which didn’t allow them to shift to GNU/Linux. Even after knowing the disadvantages of proprietary Operating Systems, some factor held them back from regularly using GNU/Linux. The reason was a mystery for some time. But then I asked each and everyone for the exact reason for rejecting the usage of GNU/Linux in daily life.
Some of the top reasons are listed below,
Although new users do not appreciate the individuality of GNU/Linux in many ways, it is not right to expect them to understand it fully either. They expect a similar interface and familiar set of software names which they are accustomed to. A regular GNU/Linux user might consider the above reasons as very silly, because all of the points mentioned above can be resolved within a minute, but we cannot expect a beginner to have knowledge of these issues.
There are thousands of Linux flavours available, each built to suit a particular need. Ubuntu being the top distro has spread the goodness of freedom around the world to a great extent. Undoubtedly Ubuntu has helped many to choose the right path with respect to technological aspects. (Please note that I am a diehard fan of Ubuntu, the following paragraph just discusses about the missing factor which retains beginners from using Ubuntu.)
Now analyzing all the distors from a beginner’s perspective, it feels like a giant jigsaw puzzle with the difficulty level set to maximum. All the distos give us a base, on top of which we need to start building required packages and configure it ourselves. Regular GNU/Linux users appreciate this minimalistic approach because they love to configure the system themselves; they need to tweak much stuff to suit their needs, they are precautious about all the packages installed in their system, they need a very lightweight system running without bloating their system. And moreover these are exact reasons why one should use GNU/Linux; these are basic differences which must be appreciated in Linux environment. The minimalistic approach is best suited for a regular or pro user of Linux because they love to tweak stuffs. Again coming back to the beginners perspective, First of all they are lost in an alien environment and struggle to do even the basic tasks in the new environment, at this stage it is not practical to suggest them to open up the terminal and type in some fancy commands to resolve any issues or install a new software or to debug some stuffs. Introduction of ‘Unity’ in Ubuntu made the situation even worst, Ubuntu development team is too futuristic that present users suffered from the futuristic interface, this was disastrous because many Ubuntu users started finding alternatives which is much user friendly. 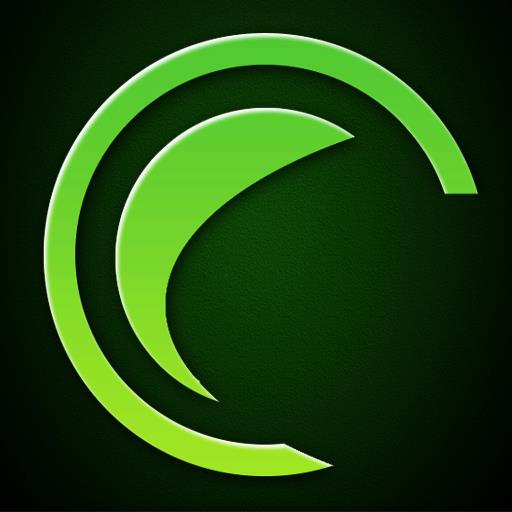 All they need is a basic preconfigured environment on which they can learn new stuffs and at later point of time even modify things. So the obvious question is, how to solve this problem, how to convince the beginners towards the path of freedom. We believe that the answer is MatrixOS, in simple words; MatrixOS is remastered from Ubuntu which comes with all required packages and pre-configured applications. MatrixOS is targeted at beginners who have just started their journey in the path of freedom. The giant puzzle which was mentioned before is solved by team Matrix by pre-installing all the required software’s required in daily life.

Features:
i) Familiar User Interface:
MatrixOS is based on Ubuntu Gnome Remix 12.10, so you get a familiar gnome-classic interface. The positioning of the menu bar is chosen cleverly, the applets have been arranged in a familiar manner.
ii) Pre-installed softwares:
MatrixOS comes preinstalled with most of the sofwares you’ll use in daily life. All the music players, CD burners, browsers come with MatrixOS. So the user is saved from the hassle of manually hunting for the softwares and packages after a fresh installation of an Operating system, and also users time and bandwidth is saved since all the packages are already there.
iii) Pre-installed packages for VTU students:
MatrixOS comes with most of the softwares which are taught in VTU syllabus. Be it gcc,g++,java,lex,yacc to dive deep into programming, and OpenGL to create awesome stuffs, and apache to unleash the web designer inside you, and MySQL to manage relations and many other packages which is used in academics. VTU student will feel at home using MatrixOS. Some proprietary softwares have been omitted due to licensing issues (VTU should consider revising its syllabus replacing all proprietary technologies with Open Source alternatives)

iv) Always latest:
Whenever a new version of MatrixOS is released, it will have the latest updates from Ubuntu, and also since MatrixOS is, Ubuntu wearing a new dress: you will always be up to date.v) Documentation:
Team Matrix Documentation team has already brought up an easy to follow “Basic Programming Guide” which will help anyone to get acquainted with few programming languages. This guide is especially helpful for beginners who are looking for “how to compile xyz program in GNU/Linux”. Since all the packages are already present right after installing MatrixOS, users can directly jump into programming without worrying about resolving unsatisfied dependencies.

Any problems? Need assistance in installing MatrixOS? Team Matrix would be happy to hear from you.

The question still remains, “Did MatrixOS had any impact?”
We believe that the answer is “YES”, Talking about the statistics, in P.A. college of engineering , and among the friend circle of ‘Team Matrix’ most of them use MatrixOS, and they use it in daily life. And we are proud that many started their journey towards software freedom with MatrixOS, which being the first Linux flavour to be installed on their systems.

Thanks to FSMK (Free Software Movement Karnataka) who gave us opportunity to present MatrixOS in their Winter Workshop held in Sai Vidya Institute of Technology Bangalore from 26th Jan to 30th Jan 2013.

anything other than copyright issues @ : yajnesh[dot]t[at]gmail[dot]com ... :-D

This work is licensed under a Creative Commons Attribution 3.0 Unported License.

You may freely copy, share and redistribute this work
Posted by Unknown at 7:52 PM 2 comments:

Working with OpenGL Under GNU/Linux and Windows Environment

Note: MatrixOS comes with all these packages pre-installed, so if you are running MatrixOS , skip this section and refer the document "Introduction to basics of Programming" which is located at your Desktop.
Open Terminal [ Ctrl+Alt+T ]
run the following command:
$sudo apt-get install freeglut3 freeglut3-dev libglew1.5 libglew1.5-dev libglu1-mesa libglu1-mesa-dev libgl1-mesa-glx libgl1-mesa-dev

Posted by Unknown at 7:36 PM No comments:

hello world
Posted by Unknown at 7:08 PM No comments:

hello world
Posted by Unknown at 10:35 PM No comments: